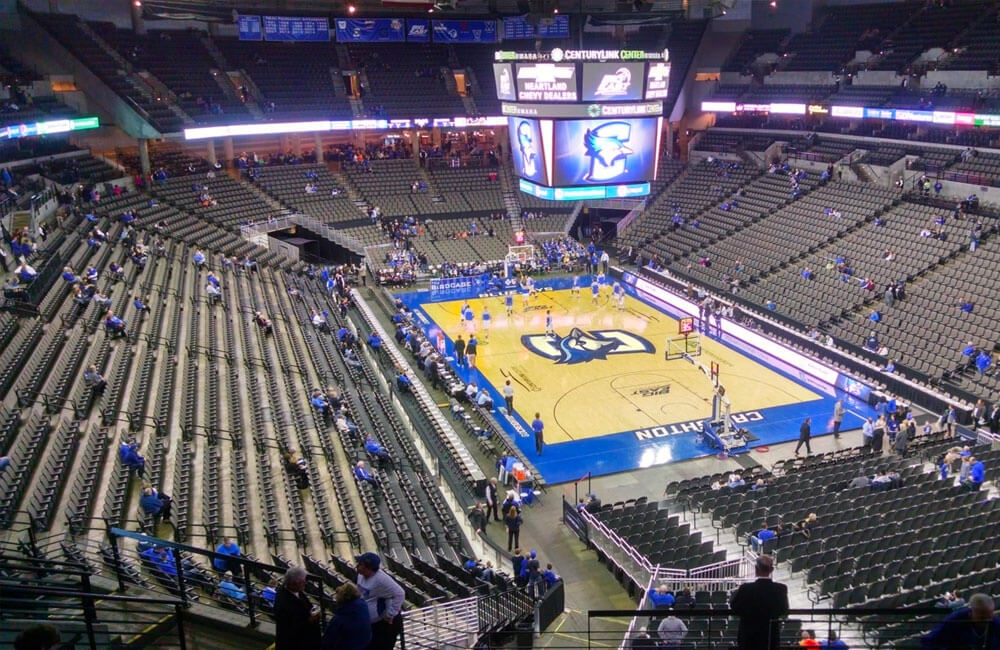 After a successful nearly 15-year relationship with Qwest and then CenturyLink, the Metropolitan Entertainment & Convention Authority (MECA) is opening up the search for a naming rights partner at downtown Omaha’s Arena and Convention Center. At Wednesday’s regularly scheduled meeting, the MECA Board of Directors approved an agreement with consultant group Professional Sports Partners (or PSP) to help secure the facility’s next naming rights partner. The details of that contract can be found in the binder of agenda items made available every meeting in the MECA boardroom.

“We’ve enjoyed a good working relationship with CenturyLink and would welcome the opportunity to continue that partnership,” Roger Dixon, MECA President and CEO, said, “but we also look forward to exploring other possibilities that will help us continue building on the established success of this facility.” MECA entered a 15-year naming rights and services agreement with Qwest (which became CenturyLink) in August of 2003. MECA hopes to determine the next naming rights partner within the next six months.

About MECA: The Metropolitan Entertainment & Convention Authority, also known as MECA, is an authority that builds and manages public venues. It operates as a 501(c)(3) non-profit organization. MECA was formed after a vote of approval from the citizens of Douglas County in May of 2000. Formal operations commenced on August 25, 2000 with the signing of a 99-year Lease and Development Agreement with the City of Omaha. MECA is overseen by a five person Board of Directors. The Mayor of Omaha and the Omaha City Council alternate appointments to the Board.