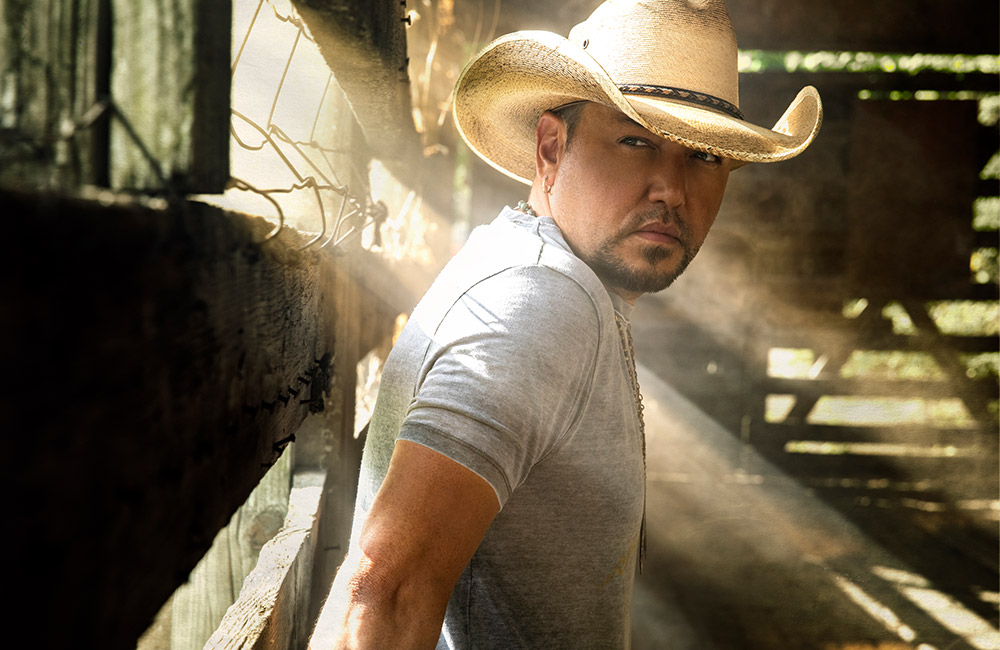 Jason Aldean Bringing “We Back Tour” To The CHI Health Center

General On-Sale Begins This Friday (9/20 at 10:00A Local Time) for Select Cities

NASHVILLE, TN – Sep. 16, 2019 – Reigning ACM “Artist of the Decade” Jason Aldean announced details today for his 2020 WE BACK TOUR launching Jan. 30 in Columbia, SC. Named after the new lead single from his upcoming ninth studio album, 9 (Macon Music/Broken Bow Records), which will be released Nov. 22, the 20-city trek will span across the US through March. For the first leg of the tour, the multi-Platinum entertainer has tapped direct support Morgan Wallen, Riley Green and Dee Jay Silver. Live Nation is the national tour promoter and Citi is the official presale credit card of the 2020 WE BACK TOUR and as such, Citi cardmembers will have access to purchase presale tickets on Tuesday (9/17 at 12:00P local time) through Citi EntertainmentSM. For complete presale details visit www.citientertainment.com. General on-sale begins this Friday (9/20 at 10:00A local time) for select cities at www.jasonaldean.com, with additional ticket on-sale information continuing to rollout over the coming weeks.

Aldean’s a card-carrying member of Country’s elite headliners whose incendiary tours are nearing legendary status as he has sold over ten million tickets and is one of the first of few acts in the genre to sell-out multiple stadiums including UGA’s Sanford Stadium, Fenway Park, Wrigley Field, AT&T Stadium and Gillette Stadium. Known to “immediately turn up the velocity” (Calgary Herald) Aldean continues to make “fan fervor reach a roar” (Times Colonist) during his current 2019 RIDE ALL NIGHT TOUR that will wrap at the Texas’ Rangers Globe Life Park stadium on Oct. 11th. The “reliable performer” (OC Register) will also make his return to Las Vegas, December 6-8, for JASON ALDEAN: RIDE ALL NIGHT VEGAS at Park Theater at Park MGM.

After almost 15 years at the top of his format, three-time ACM “Entertainer of the Year” Jason Aldean has seen trends come and go. He’s helped bring a few out of the shadows, like a Country-music Columbus making the mainstream’s first contact with hard rock (“Hicktown”), hip-hop (“Dirt Road Anthem”) and R&B (“Burnin’ It Down”). But after all that time, he continues to hold his ground making modern albums with an old-school soul – with the upcoming release of his ninth studio album 9 as the album’s fiery lead single “We Back” rounds out the first-released songs, and “in characteristic Aldean fashion, it explodes into a hard-rock country anthem” (Rolling Stone). As a dominant force on the charts, Aldean has scored 23 No. Ones at radio and is the only Country act in history to top the all-genre Billboard 200 four times (in a row, no less), while racking up 15 billion streams and more than 18 million albums sold along the way.

Morgan Wallen’s debut album IF I KNOW ME (Big Loud Records) delivered back-to-back PLATINUM-certified No. Ones; “Up Down” featuring Florida Georgia Line, the multi-week chart-ruler “Whiskey Glasses,” the GOLD-certified lead “The Way I Talk” and current single, “Chasin’ You.” With over one billion total streams to his credit, he received his first-ever CMA Awards nomination for New Artist of the Year, after earning a CMT “Breakthrough Video of the Year” award nomination for “Whiskey Glasses.” The breakout star was chosen as a MusicRow 2019 “Next Big Thing” artist, spotlighted in CMT’s Listen Up “18 for 2018” class, and named a 2018 Taste of Country “Riser” among other accolades. Wallen has co-penned hits for Jason Aldean (Platinum-certified multi-week No. One “You Make It Easy”), Kane Brown, A Thousand Horses and Dustin Lynch, and garnered critical acclaim for his cover of Jason Isbell’s “Cover Me Up,” while on-fire Diplo collaboration, “Heartless” continues to gain momentum nationwide.

Riley Green will release his full-length debut album DIFFERENT ‘ROUND HERE (BMLG Records) Sep. 20, which has already produced the No. One hit “There Was This Girl.” Highlighting his Southern roots and relatability, he co-wrote each track offering a perspective Rolling Stone describes as “drinks-in-the-air Nineties country at an Alabama vs. Auburn tailgate.” The 14-track project was recorded alongside producer Dann Huff and executive producer Jimmy Harnen features his new single “I Wish Grandpa’s Never Die.” Green has been named an “Artist To Watch” by Rolling Stone Country, Taste of Country, Whiskey Riff, Sounds Like Nashville and iHeartRadio and selected as a CMT “Listen Up Artist” as well as MusicRow’s 2019 “Next Big Things.”